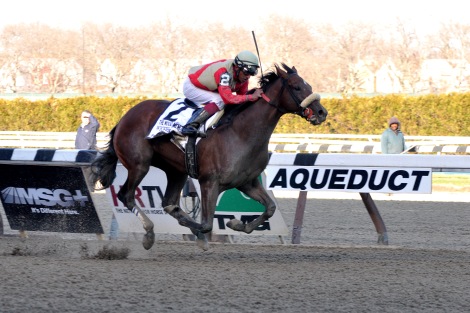 Ok, so you want to make some Win/Place/Show bets on the Derby, and you’ve got a $30 budget. This won’t be tough!

Obviously, California Chrome is the favorite. If he wins, you won’t make a big score – at best a 4/1 return on a win, and that’s very optimistic. But if you want to be able to say you cashed a winning ticket on the Derby, it’s $6 well spent. Based on his post position for tomorrow and his performance in the Santa Anita Derby,  he’s an easy bet to win.
The next three best horses are Wicked Strong at 8/1, Danza at 10/1, and Intense Holiday at 12/1. Wicked Strong closed well in the Wood Memorial Stakes and 8/1 is a decent price.
Danza was an upset winner in the Arkansas Derby, and I think he’s a bit outmatched here. He might be a good pick to round out an Exacta/Trifecta/Superfecta. If you have $6 in the budget, bet him, but don’t be surprised if he finishes out of the money. Newsday is picking Intense Holiday, and 12/1 would make a nice payout on a  W/P/S.
There are five horses at 15/1; Samraat, General a rod, Wildcat Red, Tapiture, and Ride On Curlin. Samraat is probably the best of these. He was impressive in winning the Withers Stakes and Gotham Stakes, both at Aqueduct, and both over Uncle Sigh, who goes off tomorrow at 50/1.
General a rod has the reputation of being a steady runner, which could help him in a 10 furlong race. Calvin Borel is riding Ride On Curlin, and he’s won three KD’s before.
Tapiture will probably be a good bet – he’s trained by Steve Asmussen, he of recent (and deserved, based on the video) controversy. Some fans will probably not bet him because of the controversy surrounding his connections, and so he may be a good value.
At 20/1 and longer odds, Dance With Fate and Medal Count could be a factor –  they finished 1-2 in the Blue Grass Stakes. Corey Nakatani is looking for his first win aboard Dance With Fate.
At 30/1, Uncle Sigh could win it if he gets a clear trip – but he has a tendency to wait and doesn’t run well in crowds.
On a $30 budget, I would put $6 W/P/S bets on California Chrome, Wicked Strong, Danza, Intense Holiday, and Samraat.