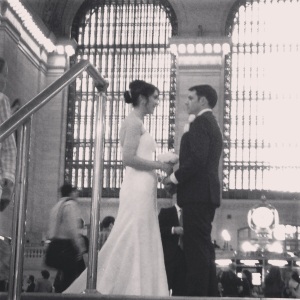 A couple pose for wedding photos in the main concourse of Grand Central Terminal in Manhattan.

Earlier this month, I was on my way out to Rye from Grand Central. When I walked up from the dining concourse, I found this couple amidst the bustle of the station and grabbed this shot with my iPhone. 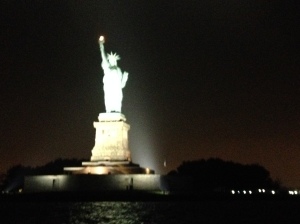 The Statue of Liberty at night, shot from the yacht Manhattan.

In early October, I got this photo of the Statue of Liberty from the yacht Manhattan on a cruise for a friend’s birthday. Seeing the statue at night is stirring – I wonder if it moves me as much as it moved my great-grandfather when he first arrived in New York. 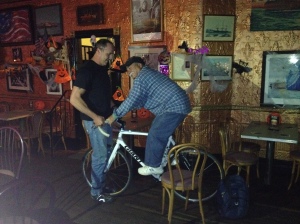 Liedy’s Shore Inn is a great little bar in Staten Island. It’s been in the Liedy family for 105 years, and is definitely worth a visit. Here, two of the characters create some humor – Joe tries on Jimmy’s bike for size. 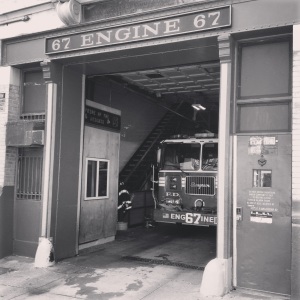 Engine 67 awaits the next job at quarters on 170th Street in Manhattan. 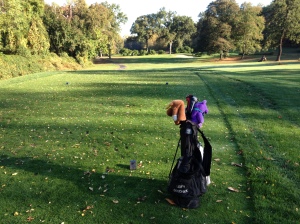 I finally got up to the Van Cortlandt Park Golf Course, and was rewarded with a beautiful day just before the foliage really turned. Here’s the view from the tee on the third hole, a 170-yard par three. 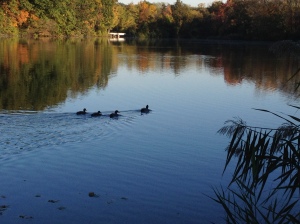 Mallard ducks swim on Van Cortlandt Lake in the Bronx. 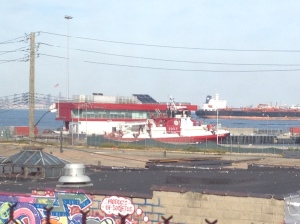 The FDNY’s Marine 9 sits at the dock in Staten Island, New York. 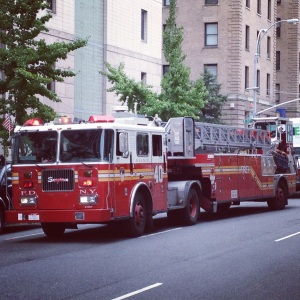 FDNY Ladder 40 outside Lerner Hall on Broadway at Columbia University. 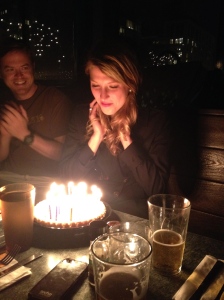 Jenna prepares to blow out her birthday candles while John applauds. 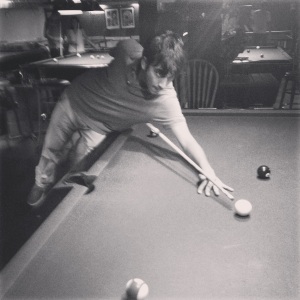 Anand shows off the behind-the-back shot at Fat Cat in Greenwich Village.